Join this 8-week mentorship program with me.

THIS PROGRAM IS FOR WOMEN WHO ARE:

YOU WILL LEARN HOW TO:

I’m here to help you build the framework in the course and community that makes what you feel is impossible, POSSIBLE.  YOU WILL LEARN HOW-TO:

Harness an entrepreneurial spirit that showcases your ability to be proactive in getting things done that demonstrates your capabilities.

Every Fortune 500 Company is finally valuing an “intrapreneurial” spirit and recognizing them as leaders, and the best business owners have learned to effectively lead and inspire to attract the talent that becomes your winning team. Here, I’ll teach you how to become a magnate for opportunities and create a circle of serendipitous encounters that consistently create an opening for new next level growth. You’ll learn how to hone your voice and story to leverage your expertise and create an ecosystem of big opportunities.

Build long-lasting mutually beneficial relationships that will catapult your life, career and business.

I hear all the time that people don’t feel they have the personality to be that connected or outgoing; here you’ll discover how to add value to every relationship, garner trust by exceeding expectations, how to reinvent yourself to setup for the career or business transition you want to make. We’ll end with learning how to confidently share what you’ve accomplished while ensuring the support of those around you while you rise. No more wishing you had a dream network full of valuable relationships.

The art to always being ready to seize the opportunities that you work hard to attract.

Let’s abandon the overwhelm and embrace the opportunities to grow, without guilt or confusion. Here’s you'll learn how to get comfortable with being deliberate and (sometimes unapologetic) about the pursuit of your passions. We’ll dive deep into what it takes to always push ahead despite the competing responsibilities of your life and how to become a fierce yet graceful negotiator for optimal effectiveness.

Get to the next level of everything you want in life, business and career on our own terms.

I’ll give you the play by play guide on how to accomplish your professional goals while bringing the fullness of your vision and personality with you. We’ll reimagine failed opportunities as valuable lessons and make sure that you do more than learn from those times, you will be able to grow past those hurdles while putting your sanity and satisfaction at the forefront of how you make bold decisions that align with your purpose and passion.

WHY I CREATED THE PATH REDEFINED COURSE

I’ve been mentoring and advising driven women based on my real life experiences that has led to my success for years and they’ve had crazy success and gone on to start companies and grow upward in their careers. I want that for you too. And, as a woman who spent 7 ½ years as an entirely single mom to my two children while juggling a career and professional growth, I decided against opportunities (like an MBA) that were too expensive because I felt guilty spending on myself what I should’ve been spending on my children. This is the affordable, doable investment, education and support system I wish I had 10 years ago when I had to learn to do it all alone. 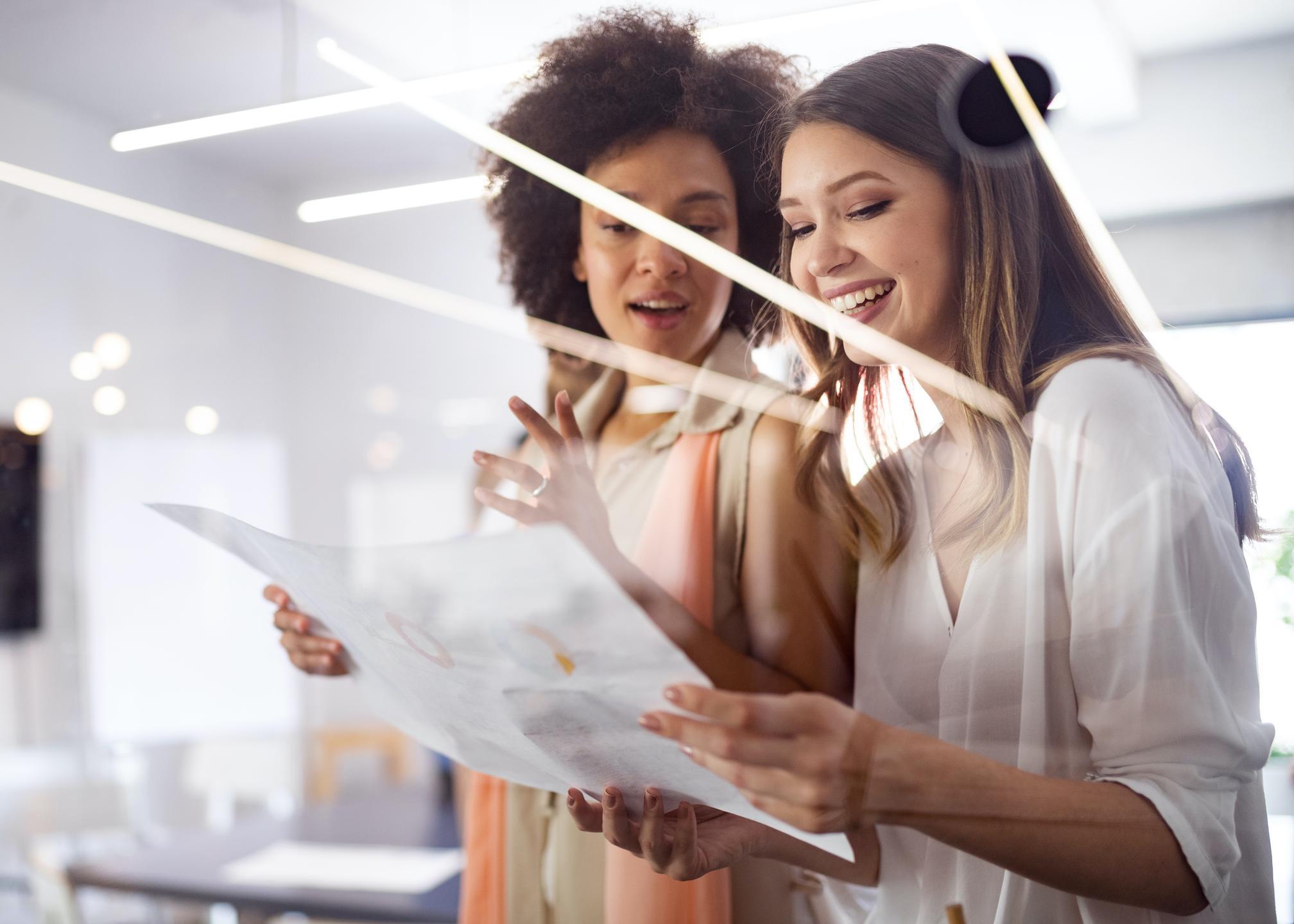 Here’s another reason WHY I’ve created The Path Redefined Course:

You see, as humans we rush to set resolutions and goals because it indicates progress or some form of advancement either in ourselves, our thinking or in the opportunities that we can create or attract. We start off with a renewed fire to do more than we did the year or week before, and somewhere along the way, life sets in and we fail to utilize the plan we drew on a post-it note, or better yet, for my techies, you can’t find your digital note with your plan that’s supposed to keep you on a measured track because you named it some top secret stealth mode title that you can’t even find anymore! I get it.

The easy part is coming up with the ideas that provide the insights that later become your goals. The hardest part is putting it into action because you need:

The biggest question I get as an entrepreneur 15 years in the game while juggling motherhood, career and several lane changes to different industries at high levels of management is, “how do you get it all done?”

I’m here to help you build the framework in the course and community that makes what you feel is impossible, POSSIBLE.

I had no roadmap for how to become all that I have grown to be: mom, board member, investor, advisor, Fortune 500 marketer, brand strategist, startup guru, international keynote speaker, television personality, influencer…

If I had the access then to what I’ve created for you now in my course and community, I have no doubt that I would have made more money and become more for myself even sooner. I probably wouldn’t have learned many of the lessons the hard way that I did, but that’s what the school of hard knocks will do to you!

It’s your turn to become all of who you want to be… And, for some reason that’s surprising to most, because we are living in a day and age when more people are selfish than they are rooting for your success, so I’m glad you’re here with me.

Lauren has long been committed to empowering and advocating for women, lending her expertise and sharing her own experience. She serves as an advisor to Pipeline Angels, a social enterprise that trains executive women to become angel investors. She is the founder of Straight Up and Successful, a community and personal and professional development company, and is the Founder and Creator of The Collab, an arts and culture club committed to championing artists of color and diversifying the face of future collectors. She has distilled what she’s learned about entrepreneurship in her best-selling memoir, The Path Redefined: Getting To the Top On Your Own Terms, and she’s shared her passion for innovation as the Master Marketer and co-star of the Oxygen startup-focused docu-series Quit Your Day Job.

Lauren began her entrepreneurial journey at age 19, co-founding a boutique winery, Sugarleaf Vineyards, which quickly became an internationally recognized, award-winning brand. Lauren was the youngest self-made winery owner in the country; she served as Chief Operating Officer from inception through the brand’s acquisition in 2011.

Lauren is a sought-after speaker who has offered thought leadership at Harvard, Columbia, and Cornell Universities; at Fortune 500 companies including Google, Dell, Ernst and Young (EY), Prudential, Ogilvy, L’Oréal, LinkedIn and Bloomberg; and at industry-leading conferences and events such as Social Media Week, ColorComm and AdWeek. Her work has been featured in many national media outlets, including Forbes, Business Insider, Fast Company, Entrepreneur, Cosmo, Inc., Jet, CNBC’s Nightly Business Report, MSNBC, and Black Enterprise. She has received numerous awards and accolades for her achievements, including a 2011 Kauffman Foundation Empact100 top 100 entrepreneurs under 30 Award; a nod from Essence as a 2013 “Shot Caller” to watch in business; a Smart CEO Brava Award in 2015; and a spot on Walker’s Legacy’s 2016 WL50Power List, honoring women making strides in the business and philanthropic community. 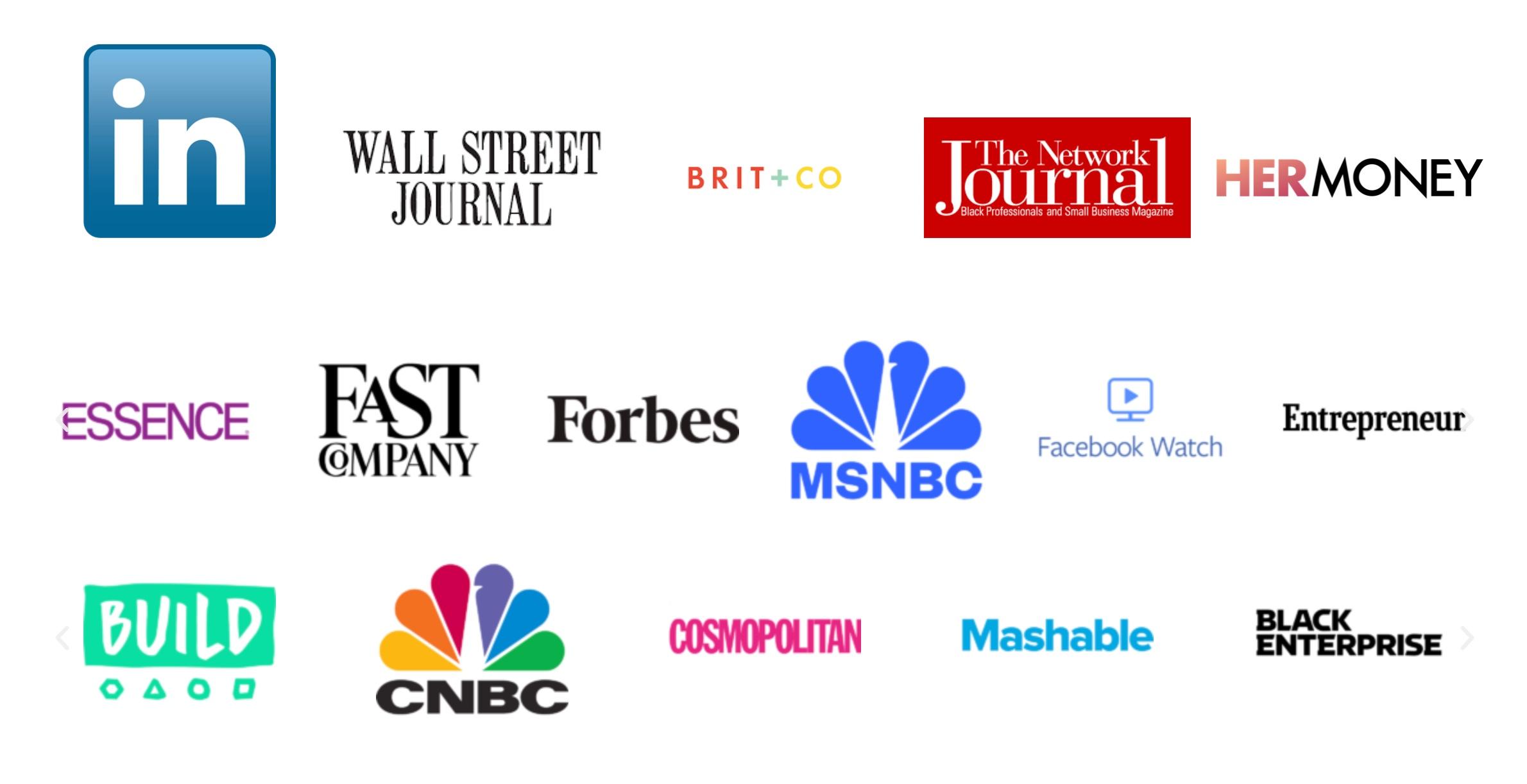